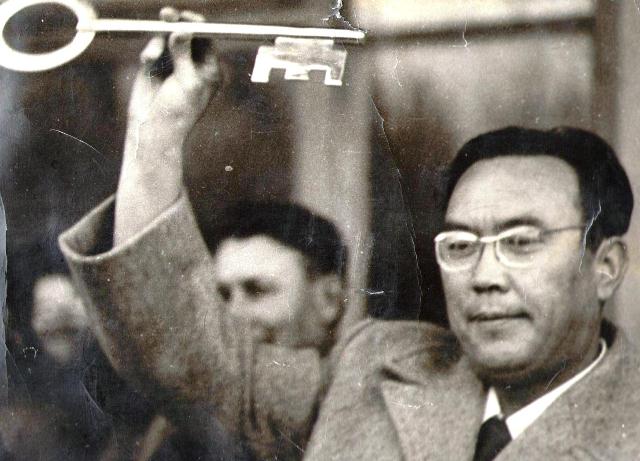 1972 On October 25, by the Decree of the Central Committee of the Communist Party of Kazakhstan and the Council of Ministers of the Kazakh SSR No. 572, the Taldy-Kurgan Pedagogical Institute was organized in the city of Taldy-Kurgan.

1973 September 1, 325 students studied at the philological and physics and mathematics faculties (225 - in the daytime department, 100 - in the correspondence department). The Institute trained teachers in 4 specialties: physics, mathematics, Russian language and literature for Kazakh and Russian schools. At 5 departments, the educational process was carried out by 25 teachers, 11 of them are candidates of science.

1977 September 1, the Faculty of Music and Education was opened. 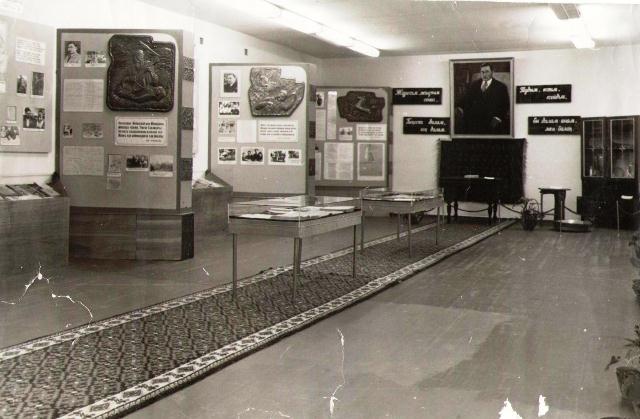 1979 On May 25, on the occasion of the 85th anniversary of Ilyas Zhansugurov, a literary and memorial museum was opened at the institute.

1980 September 1, the preschool faculty was opened.

1981 On March 31, the experience of TKPI was summarized and by the decision of the collegium of the Ministry of Education of the Republic it was recommended for use in all pedagogical universities of Kazakhstan.

1982 July - the arrival of a prominent public and statesman D. A. Kunaev. 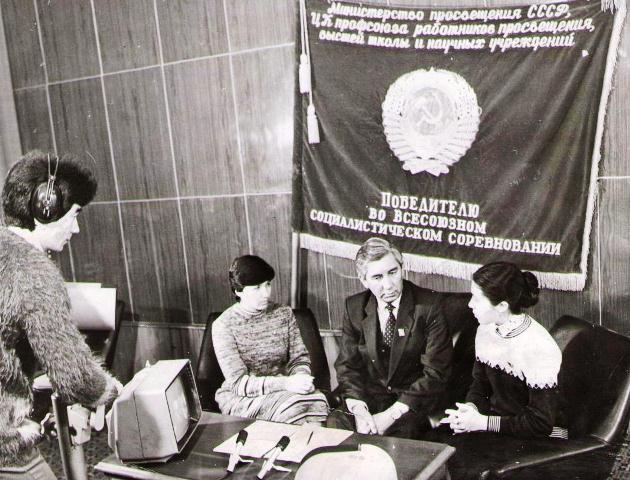 1984 May - according to the results of socialist competition among universities, the institute was awarded the challenge Red Banner of the Ministry of Education of the USSR. 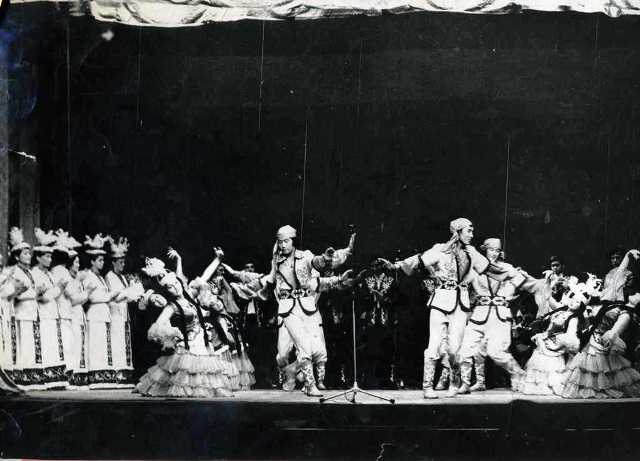 1985 The ensemble "Zhetysu" took part in the XII World Festival of Youth Students in Moscow.

1986 September 1, the Faculty of Physical Education was opened. 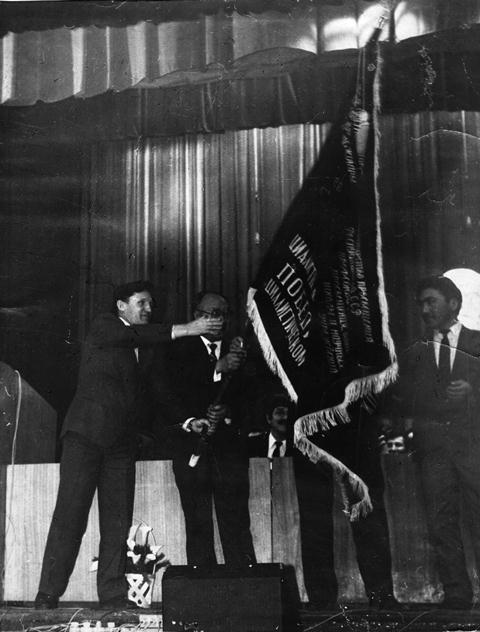 1987 - the institute was awarded the challenge Red Banner of the Ministry of Education of the Kazakh SSR.

1988 September 1, the Faculty of Methods of Primary Education was opened.

1989 September 1, the Engineering and Pedagogical Faculty was opened.

1992 December - the arrival of the President of the Republic of Kazakhstan N.A. Nazarbayev to the Taldy-Kurgan Pedagogical Institute named after. I. Zhansugurova.

1994 On June 1, by order of the Ministry of Education of the Republic of Kazakhstan, postgraduate studies were opened in the following specialties "Theory and methods of pedagogy", "Pedagogy and developmental psychology".

1994 June 2, by the Decree of the Council of Ministers of the Republic of Kazakhstan No. 584, the institute was renamed Taldykorgan University named after I. Zhansugurov. 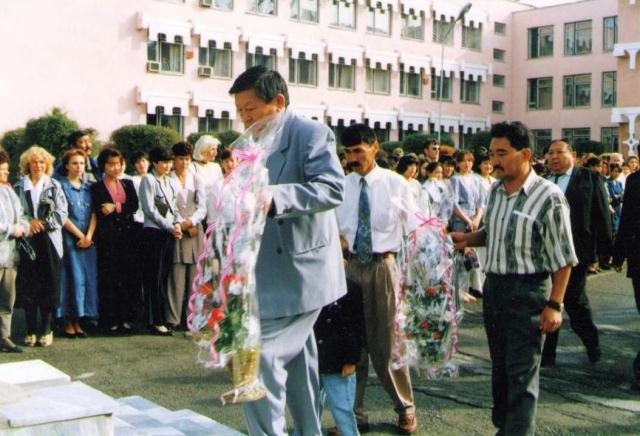 1996 On September 1, the decision of the Academic Council approved the symbols of the university: Coat of arms, Flag and Anthem.

1996 On October 23, an international cooperation agreement was signed with Sengzhui University from South Korea. 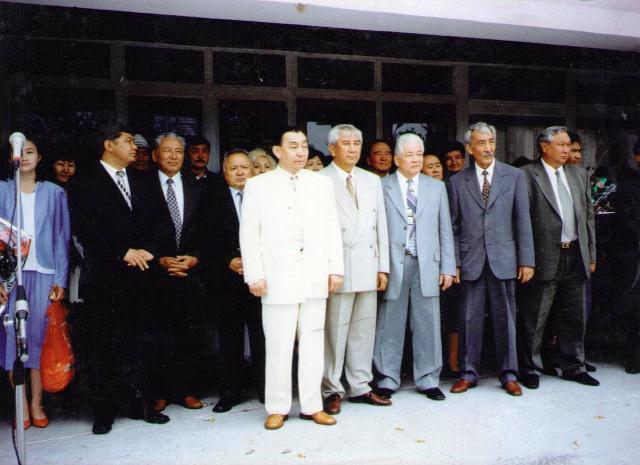 1999 April 21 Decree of the Government of the Republic of Kazakhstan No. 441 Taldykorgan University. I. Zhansugurov was renamed into Zhetysu State University named after I. Zhansugurov.

2001 May - meeting of the university staff with the President of the Republic of Kazakhstan N.A. Nazarbayev.

2007 June - by order of the Ministry of Science and Education of the Republic of Kazakhstan, a master's program was opened in the following specialties: "Pedagogy and psychology", "Mathematics", "Kazakh language and literature".

2007 On October 28, an agreement was signed on mutually beneficial cooperation between Shinzhan University of Economics and Finance and Zhetysu State University. I. Zhansugurova (PRC, Urumqi).

2008 September 1, the Faculty of Law was organized.

2009 On June 22, a memorandum was signed with the Hansong University of South Korea (Taldykorgan).

2010 March 24 - signing by the University of an agreement on mutually beneficial cooperation with Moscow State University named after M.V. Lomonosov (Moscow). 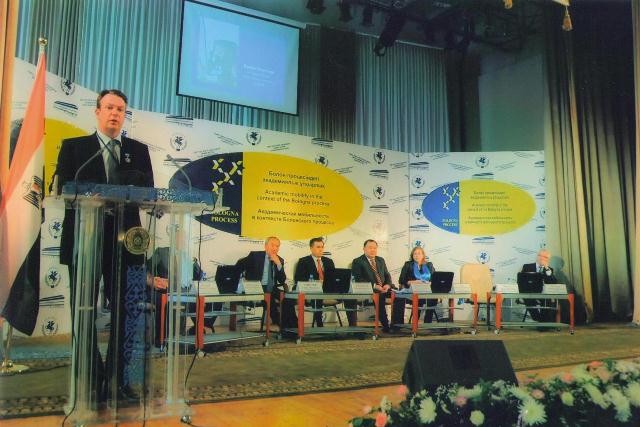 2012 On May 24, a memorandum was signed with the University of the West of England (Bristol, UK).

September 2012 - the Natural-Technical Faculty was organized.

On October 26, 2012, the university became an individual and associative member of the Eurasian Association of Universities. 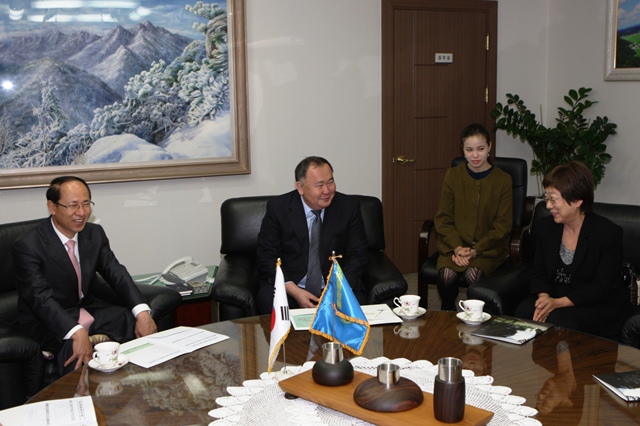 April 2013 - a cooperation agreement was signed with the National University of Gongju (South Korea).

2013 On November 28, a memorandum was signed with Warsaw University.

April 2015 - 16 educational programs of undergraduate and graduate programs of the university passed the international accreditation of ACQUIN.