On April 19, 2022, the Korean language teacher Lee E.V. together with the 2nd and 3rd year students of the specialty “Foreign Language: two foreign languages” held a planned competition of student presentations on Korean culture. The students independently chose the topics, selected the necessary illustrations, prepared accompanying speech material and made presentations. 15 students took part in the competition. The works were evaluated by invited native speakers of the Korean language, Mr. So and Mrs. Ahn, teachers of the Korean language school. The winners were second-year students Serikkyzy Aruzhan and Askarkyzy Moldir, who presented the theme “Traditional Korean dishes” – 1 prize of 20,000 tenge. The second place was also taken by second-year students Kasymkhan Ayim and Sayatuly Kaisar, the theme of the speech was “Traditional musical instruments of Korea”, the second prize was 15,000 tenge. The third were third–year students Gibrat Yerkegul and Talapbekova Zhibek with the theme “Famous sights of Korea”, the third prize was 10,000 tenge. The students demonstrated the ability to select the material of interest, make a PPT, but most importantly showed a good level of command of the oral speech of the Korean language. The second part of the event was a visit to the restaurant “Achim Noyl” in order to get acquainted with Korean cuisine. This event was made possible thanks to the annual financial support from the Education Center at the Embassy of the Republic of Korea in Almaty.

Such events increase motivation to study the Korean language, give students the opportunity to perform independently prepared material in front of the public, test their knowledge and show the necessary skills of oral and written speech. 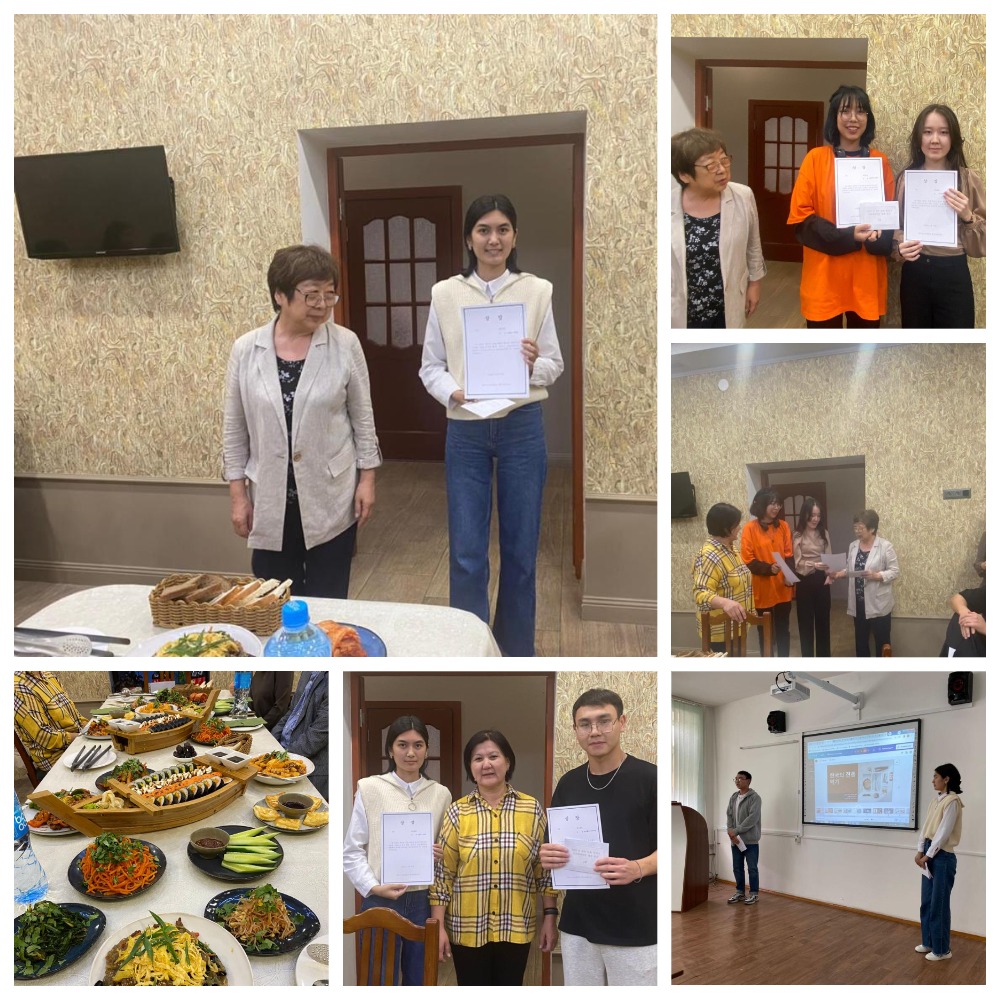 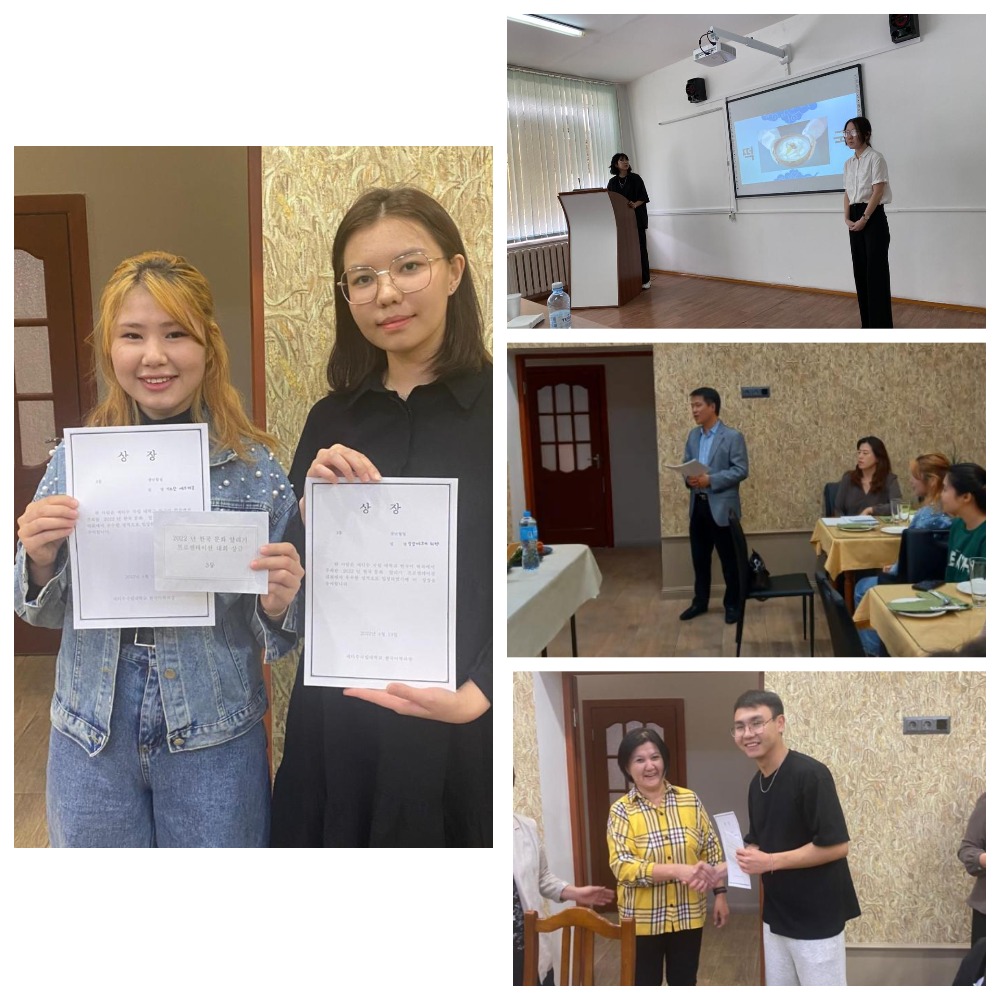